Demolition Order and the old Workhouse

I have been enjoying a read through all the old documents which accompany the deeds to Cowslip Cottage.  Quite often nowadays all one receives is a basic and extremely dull collection of printed papers but Poppy and Miles have beautiful, handwritten documents complete with seals, ribbons and stamps,  dating back to 1962, although the cottage is at least a hundred years older than that.

So glad that these documents were not lost to the shredder for they reveal some very interesting details about the cottage/cottages. 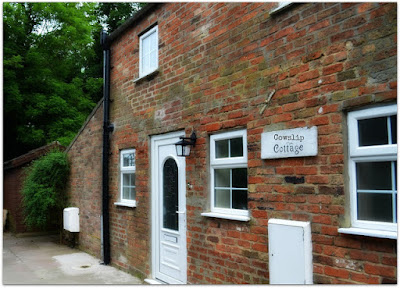 We know that at some point the cottage was in such a bad state of repair that a demolition order had been taken out for it!

We can also see in the documents that the cottage(s) were used as the workhouse.    Workhouses were finally abolished in 1930 so one wonders whether, perhaps, that was when the building was abandoned and fell into such disrepair. 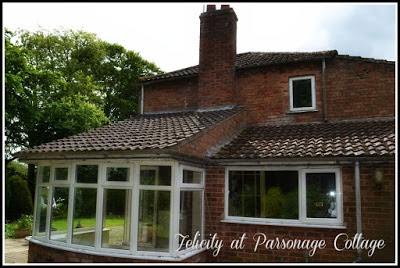 In 1982, which also happens to be the year in which Miles was born, a lot of money was spent in order to save it from demolition.     Preserved and improved, just in the nick of time, for Miles to purchase some 33 years later, by which time it was in need of quite a lot of renovation yet again.

Despite this less than pretty history, the cottage is charming, spacious, and has a very friendly atmosphere.    Little could those people who had fallen on such hard times and who had to endure such misery have known how the workhouse would turn out in the future.

The documents also show that at one time a large bedroom was completely sealed off from the rest of the house, no access point at all.   Below was an integral garage, long gone.

Now this could send shivers up your spine thinking about why anyone would seal off a room completely, but I think it dates from the time when the adjoining cottage was purchased and partially incorporated into Cowslip Cottage.   The outside staircase leading to that bedroom had to be demolished to make way for the garage driveway and they probably decided that as they didn't need the room it was easiest (and cheaper) to simply seal it and forget it!

So long since I last posted!   I fell ill, with the dreaded flu, on Christmas Day.     It has taken me all this time to recover.   I still don't have my full energy levels back, but I feel fairly human again and the thought of walking the dog no longer fills me with dread.    How pathetic was that!     There have been so many days  when I have had to drag myself out, feeling like an OAP (oooops!  I am an OAP) and wandering whether it would be mean of me to take the shortest route possible, would Toby Too even notice...

Now I just need some bright blue skies and some sunshine, cold, bright weather and I'll soon be back to enjoying the fields and skies around here.