The last couple of weeks have been painful.   Initially I thought I had lost a filling but it turned out that I had cracked a tooth almost down to the pulp.   To cut a long story short, it was excruciatingly painful, not so much the tooth but all along the nerve pathways on that side of my jaw and face. 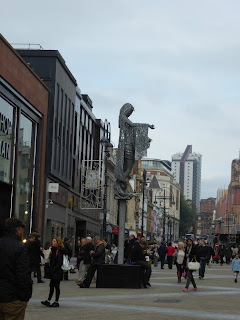 I have been miserable company, hardly able to get beyond the pain.    Now that the tooth has been soothed and settled, at least for the time being, I am human again.

It was unfortunate that the Bonfire Night celebrations fell during this time.    I managed to help out with the catering, organisation and the clearing up but I fear that I was poor company and definitely lacked lustre.    I was in pain and, at times, had to simply walk off into darkness to clutch my jaw and go 'ouch, ouch, ouch'... or something similar!

It was a brilliant evening, a little rough around the edges,  but for a first time event with unknown numbers to be catered and cared for, I think our Village Hall Committee did pretty well.

Photographs would have been nice - alas! I was so caught up with simply doing and being (as well as the pain) that I forgot to take my camera.     The bonfire and guy were excellent, the fireworks and sparklers delighted, and the food warmed hands.

Sixty or more people attended and the general consensus was that they would love to see it become an annual event.   So would we.     It was simple, safe and fun.    No doubt some attended and then made their way to the pub, some went home quite happily to watch 'Strictly' and the rest gathered some wine and the leftovers and happily chatted on until the early hours of the morning.

The next event is the Christmas Bazaar and Mince Pie Tasting.

Again, this is one of those events which could work well, or may be a damp squib.    I have tried to ignite some competitive spirit among the locals, but sometimes I wonder whether it is worth the effort.   I hope my usual mojo will return, but right now I find it an effort.

Threaded in an around the misery and woe I have also been on a trip to Leeds, with Poppy and Miles.  Miles had some matters to attend, so Poppy and I hit the shops.   I am truly not a city girl, but I did my best.   Poppy took great care of this country mouse and made sure that my bag was firmly closed and that I didn't get lost.    She is great fun and marvellous company. 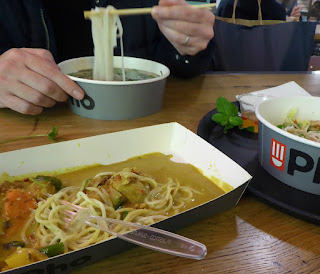 We refueled with some Vietnamese street food -much more delicious than it looks.

Then we paid a visit to Hell, otherwise known as Ikea.   I have never been inside one of their shops before and I hope never to return.    It took a week to find the exit.

On the home front, I have made two huge Christmas cakes.   The fruit was soaked in brandy for three days before baking and the cakes will be gently anointed each week.     One of the cakes is for Miles and Poppy.    I am going to give them a 'naked' cake so that Poppy can have the fun of icing/decorating the cake however she likes.     We usually just have marzipan on ours as we don't like icing.

Other than that, life chugs along pretty much as normal.    I am miles behind with blog reading, commenting, book club reading.