I have developed a new respect for film directors.

Yesterday was a teacher-training day, so I had two of my grandchildren over for the day, while their parents went to school.

It was great fun, though the grandchildren showed a deep desire to sit on the sofa and watch television all day.

I then winkled them out from their cosy couches and out into the fields, where we roamed about looking for bits of old pottery and then moved on to collecting some of the many delights of this time of year... acorns, hazelnuts, sloes, rosehips, seed heads, helicopter seeds, and whatever else we could find.   They enjoyed themselves and got some fresh air and exercise without realising it.

Seizing upon their good mood, when we returned home with our bounty, I decided to have a bit of fun trying to reproduce another cookery book cover; they were not interested in cooking from it, which had been my original plan. 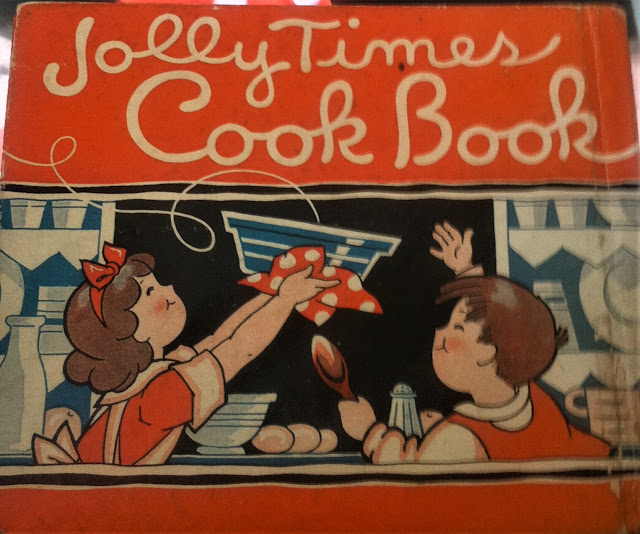 This one should be a cinch!  Such a simple design...Ha!

We mocked up the outfits, found the props, attempted to get things organised and then got down to the poses. 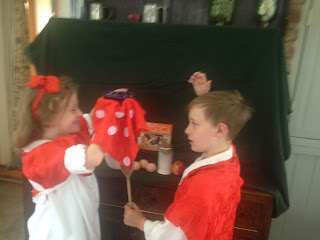 One got the giggles and the other one froze. 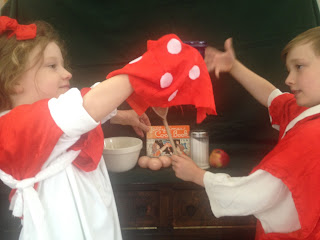 but we didn't really get anywhere near the correct pose - well, not at the same time.

Nevertheless, it kept them away from the television and they enjoyed themselves! 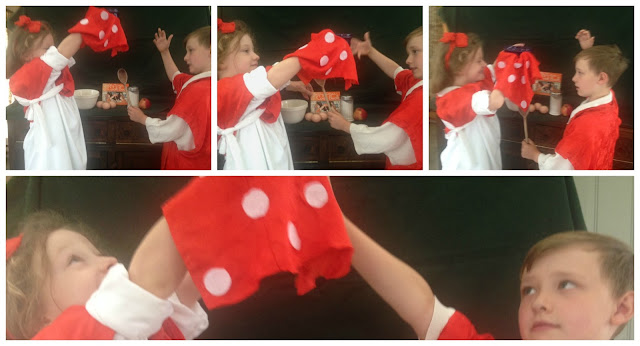 Goodness knows what kind of memories they are going to retain about this crazy gran of theirs.
Posted by Elaine at 07:05 7 comments: