Things That Go Bump in the Night

Last night I was sound asleep, no doubt snoring like a piglet, when my dreamless sleep was rudely interrupted by a very loud and most peculiar sound.   I sat bolt upright, trying to make sense of what had woken me.

The sound I had in my head was like that of a gigantic rain stick, or a thousand long thin aluminium sticks being dropped from a height, a fractured sound, yet it was altogether.  It was weird.    Husband slept on, oblivious.

I got up and checked on the animals,  they were all fine.   No security lights had come on, no alarms were ringing,  so it was unlikely to be intruders.   I decided that I must have imagined it, or had an auditory dream.

I went back to bed, still puzzled, but too sleepy to do anything more about it. 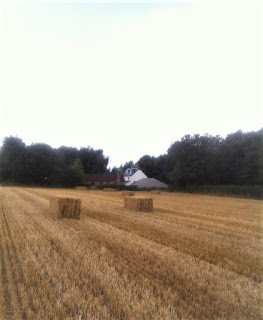 My daughter came round this morning - as you may recall, she lives just across the garden, in the old farmhouse, her first words were to ask whether I had heard anything in the night...

She and her husband had both been woken by a loud noise, they thought it sounded like a 'fizzing firework'!   They got up to investigate.

It turned out that an old oak tree, just a few yards along the lane, had collapsed.    Luckily it had fallen away from the lane, although a couple of large branches were across the road and had to be chainsawed before being dragged away.   I slept through all that! 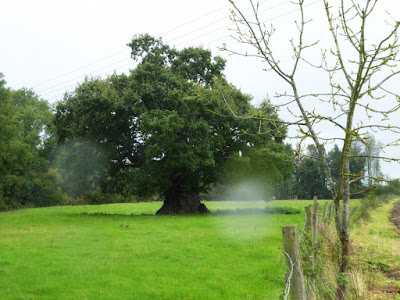 This is not the tree which collapsed, but it is a truly ancient oak which can be found a couple of miles away.     It is recorded as being almost a thousand years old.    They say that oaks grow rapidly for the first 120 years, begin to produce acorns after about 40 years, continue to grow until they are about 300 years old, spend another 300 years maturing, then gently decay for their final 300 years, or thereabouts.

The tree which crashed down in the night was a mere youngster then, for I reckon it was no more than three or four hundred years old, but it had probably been choked to death by the ivy which had twisted and twirled up the trunk for almost as many years. 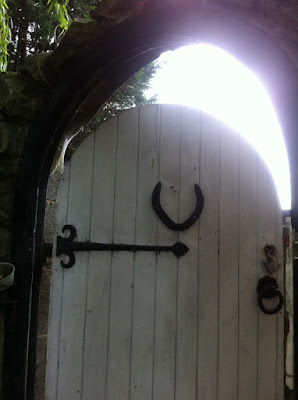 ...and I will share a few snippets about this summer at Parsonage Cottage.

It will be remembered as the 'Summer of Swallows', for the simple reason that a pair of swallows decided to build a nest, high up in the rafters of the new barn.     They were brilliant parents and have successfully raised and fully fledged five young.    The amount of 'air traffic' in and out of the place caught the attention of the cats, too high up for them to be able to cause any problems, luckily.

Instead, they have turned their attention to rats and, since the barley field was harvested, they have caught two and left them on the patio.   I say they, but I think it is semi-feral Sparky who has done the catching, Millie's (ginger cat)  preference being birds. 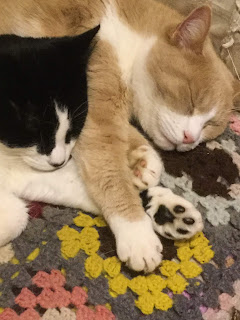 Family visits, family gatherings and celebrations, gardening, reading and lots of long walks with Toby pretty much account for the rest of my time. 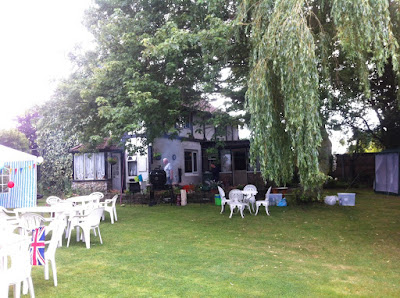 Barbecues and lots of guests, long lazy evenings spent chatting and catching up with everyone. 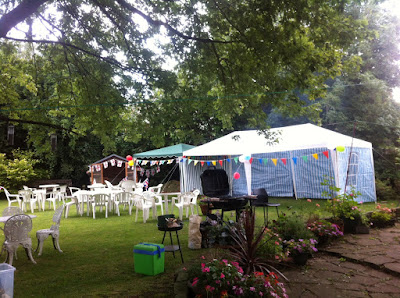 The weather has been very British, often three seasons all in one day.    Changeable.

Some baking, of course. 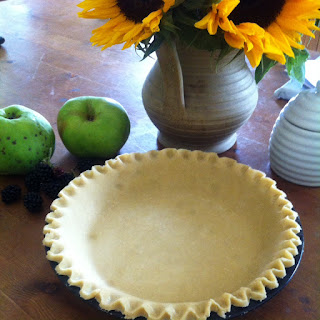 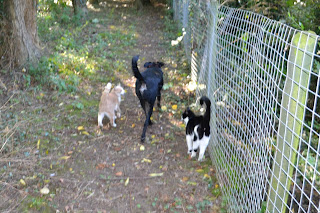 My next job will be to start mowing the lawns, a few years ago I would mow them all in one day.   It takes me two days now - and that's not because we have expanded the garden, so it must mean that I have slowed down.    Ah, well.

My best wishes to you all, hope you are enjoying your summer. 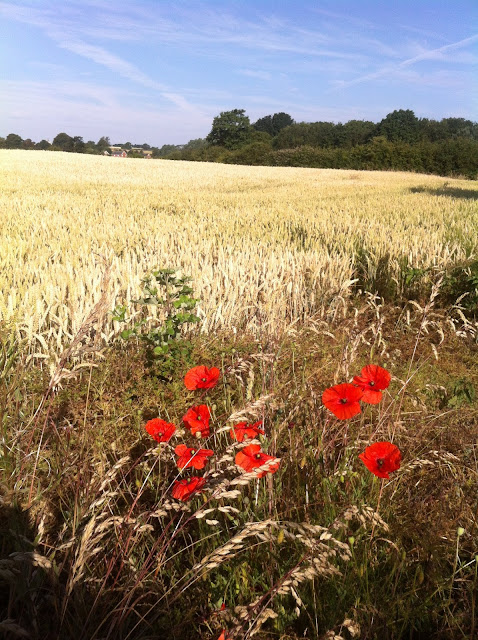