It has been an exciting week here at Parsonage Cottage.   Our vegetable garden was sadly neglected last year, because we were so busy helping to renovate our son's cottage.     Now that those cottage renovations are almost complete we have been able to turn our attention to our vegetable garden. 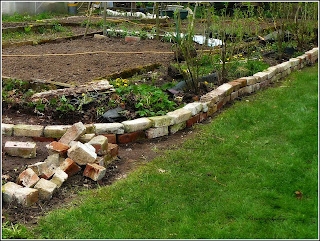 This has involved lots of digging, plenty of soil shifting, hoeing and raking because we have decided to remove three of the growing beds, leaving us just four large beds, the greenhouse and the polytunnel - more than enough work for us, especially given the size of the other gardens and Owl Wood.

The low brick wall will sweep around and enclose the vegetable garden with a lavender hedge.

We do ok for a couple of oldies, but we just don't have the same energy levels as we had 11 years ago when we established the original vegetable garden. 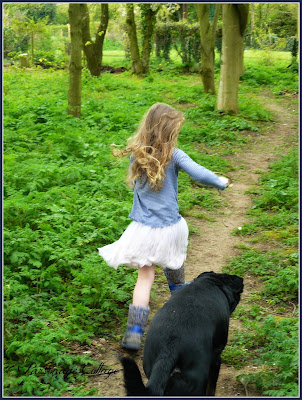 Not much baking has taken place this week, though, due to a lack of eggs.    Our girls seemed to have stopped laying.    After five or six days, and still no eggs, we decided that we needed to investigate further.    Could someone be 'borrowing' the eggs, or perhaps the rats were eating them... 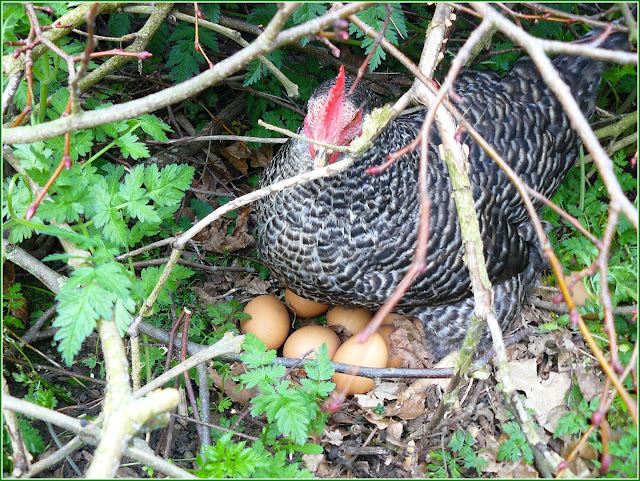 No, Queen Mab, leader of the flock, had taken up part time broodiness and had somehow managed to get the other two to lay their eggs in the same place as her - under a mountain of sticks and fallen branches which will soon be used for making chippings.   She was well hidden but young Eagle Eye found her.

Last year she went broody a couple of times, but on those occasions she simply hid herself away with her own eggs, not turning up for food  or bedtime.    The other hens continued to lay as normal. 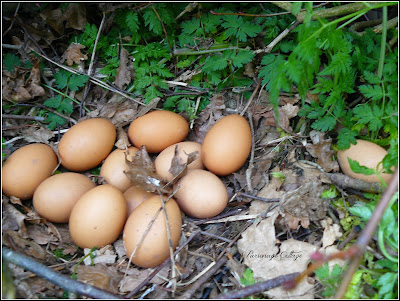 Poor Queen Mab, she was a tad grumpy when we took the eggs away.
Posted by Elaine at 20:14