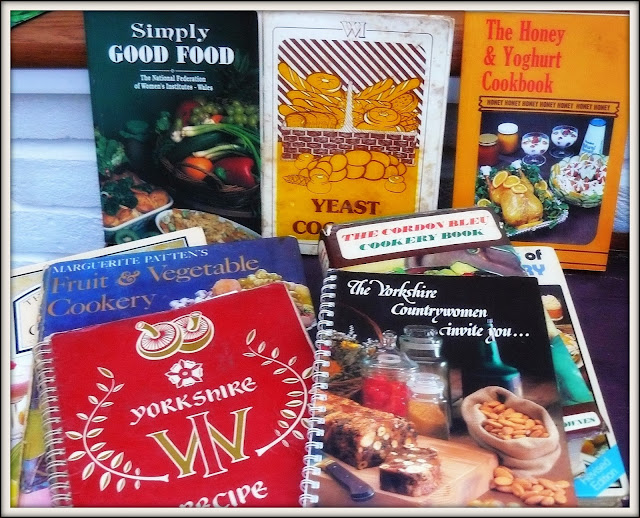 It was a busy weekend here at Parsonage Cottage.      There was a surprise party for my son-in-law's 40th birthday (held at the local pub),  we had two of the grandchildren for a sleep-over, and we also had a surprise early morning visitor for breakfast.   It was busy, but fun.

Things quietened down after lunch on Sunday; the sun came out and I felt the sudden need to do some spring cleaning, but not in the house, I wanted fresh air.

I got my trusty litter-picker gadget and a large black bin liner,   then set off to pick up the rubbish  from along the lane.      I really do  know how to have fun!!  I found lots of vodka bottles, polystyrene coffee cups, soft drink cans, rubber gloves, sweetie and chocolate wrappers, you name it, I found it.    The bag grew very heavy.   People are so darned lazy.

I worked my way down to the old railway bridge, then back up to Oscar's old place, where I got chatting to Oscar's son and daughter-in-law who were busy clearing some more things out of the house. 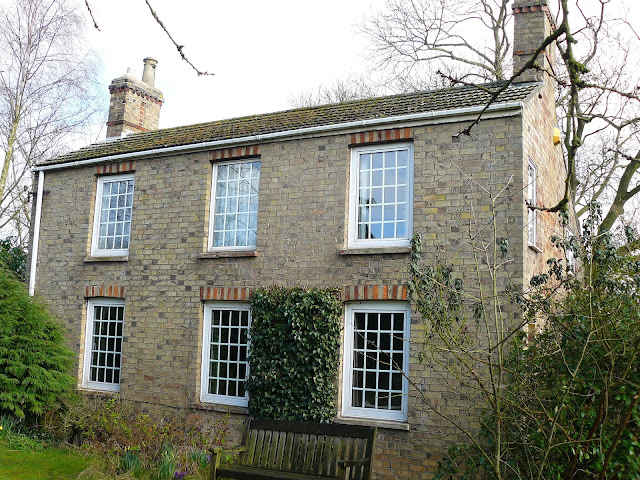 I don't know a great deal about this old house but I do know that it has belonged to a farmer, a butcher, and has also been a doctor's surgery.      It has lovely gardens and two very large paddocks with outbuildings. 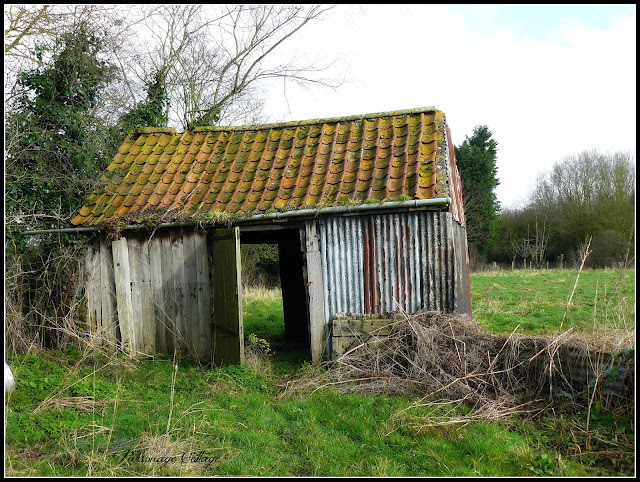 I wandered over to the old barn and, much to my delight, the Barn Owl flew out.   I was sorry to have disturbed his slumber, but thrilled to have found that he is safe and well, just wish I'd been faster with my camera.


We have lived in this village for 11 years now and nights have always been brought to life with the sound of Tawny Owls.     In the last few weeks I have been straining my ears to hear them.   There are no Tawnies calling.     I don't know what has happened to them.   I hope they haven't been poisoned, or succumbed to bird flu. 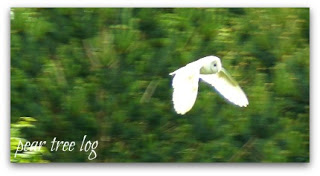 This is a photograph which I was lucky enough to snatch (from a long way off) of the Barn Owl.   It was back in the days when I wrote a different blog.     He is a beautiful creature, I hope he survives.

While I was chatting to Oscar's family they very kindly offered me his old cookery books, if I would like them.

Anyone who reads my other blog Parsonage Cottage Kitchen will know that old recipe books are a passion of mine.      I generally prefer them to date from the 1920's or earlier,  but in this case the fact that Oscar and his wife used them makes them more than acceptable.

They are a wonderful addition to my library of books and I am thrilled and delighted to have them.   One of them has the perfect recipe for my next cookery project.     The book may only date from the early 1960's, but that still makes it about 55 years old.

Oscar's family mentioned that the new people have a couple of horses and some sheep, so perhaps the place won't change too much.

I picked up my two heavy bags, one filled with treasure, the other with other people's rubbish, and continued my way home, picking up more litter as I went.    My arms had stretched by six inches by the time I reached home.
x