This is Teapot Hall. 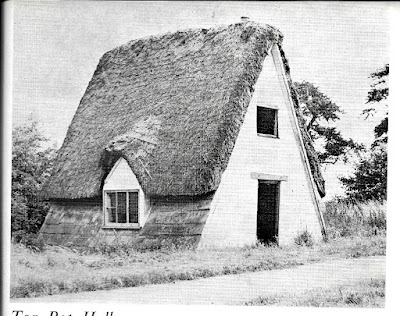 Unfortunately it was destroyed by fire, possibly arson, about 70 years ago.   All that remains are a few photographs and an ever-diminishing number of memories of this charming and quirky cottage. 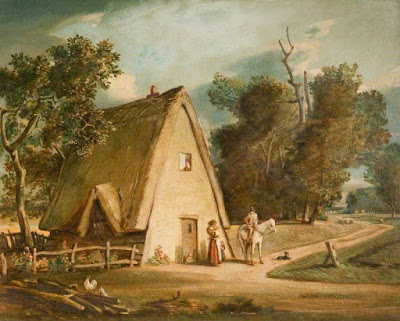 Rowland Wright Alston painted this rather romanticised view, which can now be found in the Museum of Lincolnshire Life.

Teapot Hall was a simple crook construction, with a straw thatched roof and just one room.   Access to the upper floor was via a ladder.     It is believed to have been built in the seventeenth century. 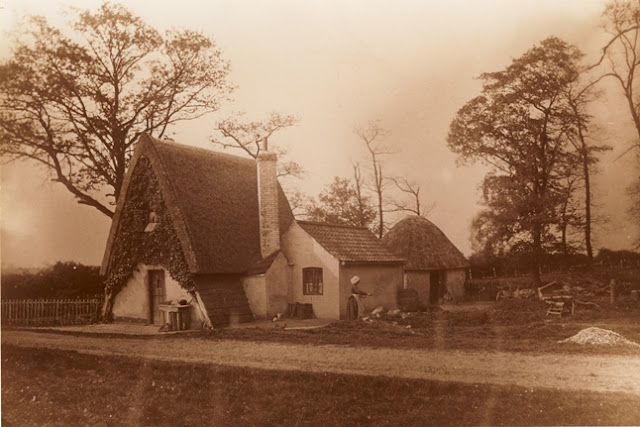 This is the other side of the cottage which shows that it had been added to at some point.   Just as well, because the 1901 census shows that there were nine members of one family living there.   Very cosy.

Over the years it has been variously known as Teapot Hall, Teapot Cottage, Teapot Lodge. 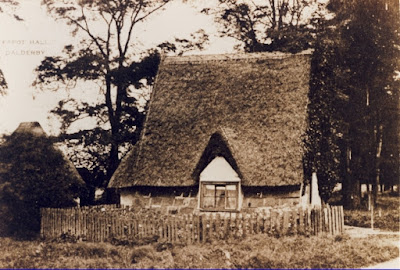 It was more or less derelict by the time it was destroyed in the fire, having last been fully occupied by a family in the 1920's.

Finally, this made me smile... 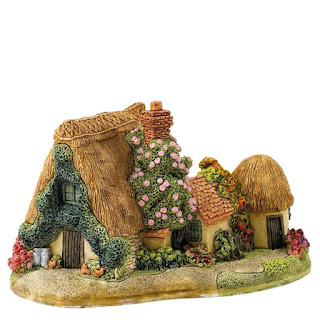 It is one of those dreadfully twee Lilliput models, but it is quite definitely Teapot Cottage.

This one really is the final photograph. 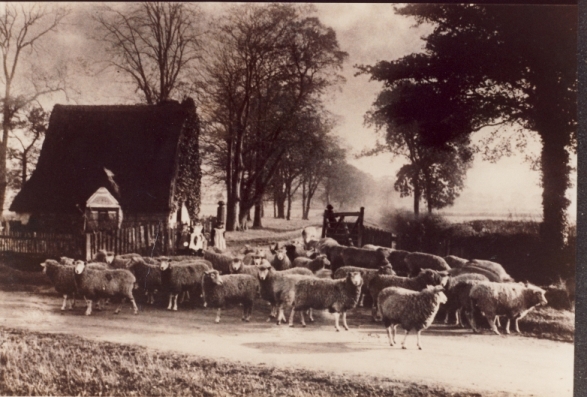 My thanks to those people who posted their photographs on the internet, I have shamelessly borrowed them in order to keep the memory of Teapot Hall in circulation.x
Posted by Elaine at 13:21