A Few Days before Christmas 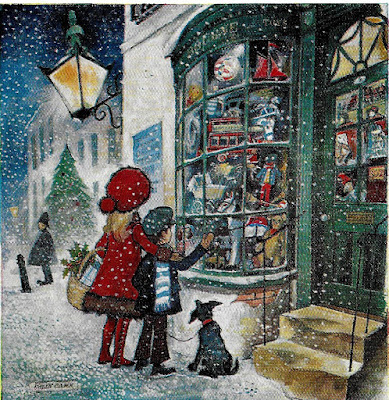 ...and the rain is still falling.

Christmas preparations are slowly progressing.   Slowly because there is no rush and I am enjoying myself.    No rush, no pressure.

The simple pleasures of the kitchen and home, an escape from the wider world. 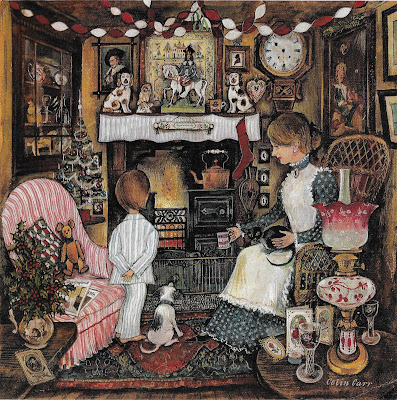 These illustrations were done by a Lincolnshire artist, Colin Carr.   They all appeared in 50/60 year old copies of Lincolnshire Life.     They may be too sentimental, nostalgic, or sugary sweet for your taste, but his work has brought much pleasure to people for many decades and still sell well as Christmas cards.

I have continued my experiments with frumenty, fermenty, furmitty, etc.   There are no photographs though because no matter how the recipes and ingredients may vary, the finished dishes all pretty much end up looking the same.    However, the experiment has been a success.   Healthy and nutritious food which has slotted so easily into the way I like to eat and, as a side benefit, I am happy to say that I have lost 3lbs in weight.

The basic dish can be enriched in many ways, and even made to resemble the flavour of Christmas Pudding, not surprising as that is where the traditional pudding is thought to have evolved from.  Of course Cromwell and his Puritans would most certainly not have approved of such decadence, especially over Christmas.   They believed that this period should be spent in fasting and prayer and if any house was suspected of having any such delicacies hidden about the place, they were searched.

This led to rebellion, plum pudding riots, year after year.    Woe betide the man who gets between and Englishman and his plum pudding.

I digress.   I have made:
Poorman's Frumetty - a very simple dish of creed wheat, milk and honey.   It was delicious.

Creamy Frumetty - all of the above, but with the addition of sultanas, nutmeg and brandy. I had to omit the brandy, for fear of migraines, but it was still very good.

There are dozens of recipes still to try, mere tweaks on the basic dish, but I shall give them a go.  The richest of the dishes is one I have decided to leave until Christmas Eve - for I know how to have a good time.   It is noted as being the equal of any modern day Christmas pudding:

Rich Frumetty - wheat, mixed dried fruit, brown sugar or honey, 1 egg, milk and butter, with a glug of brandy to your taste.


Ooops!  I hit publish, when I meant to 'save'.  Oh well, I haven't got time to write more, so this must do for today. 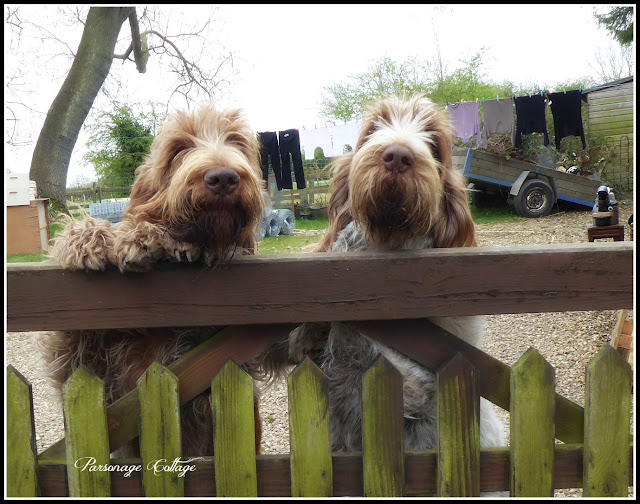