Steampunk: Be Nice to One Another 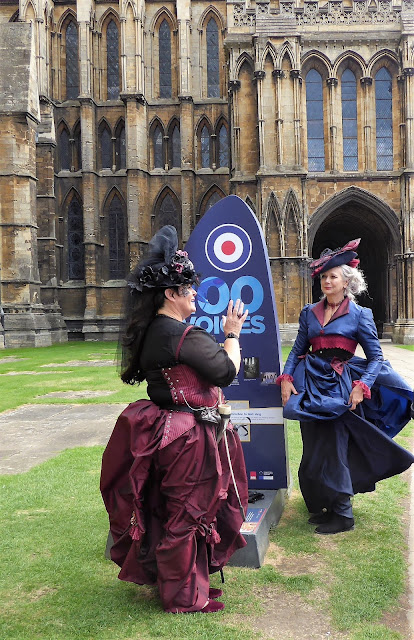 We hadn't realised that the annual Steampunk Festival was to take place this weekend, but we soon cottoned on when we saw people dressed in the most wonderfully stylish and individual outfits.   These two women were enjoying a chat by the side of the cathedral.  I didn't get them from their best angle, but I didn't want to interrupt their conversation, although I know that I would only have been met with smiles and politeness.

Steampunk began as a title for a particular genre of science fiction, but it has broadened, it is the label for a style of dressing which combines historical fashion and accessories which could have come from the Victorian era, they are mostly quite romantic and often very individual indeed. 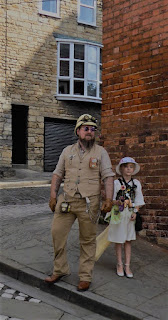 Hundreds of Steampunks were walking around Lincoln, all were delighted with the attention they were receiving.

The man and girl in the previous photograph, and this woman with a little boy, were a family group and were happy for me to photograph them as they walked up the middle section of Steep Hill. 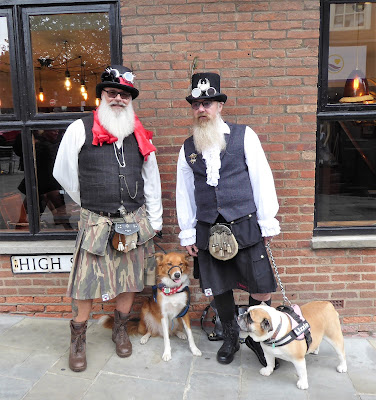 These two were at the bottom of the hill, they would certainly have felt the chilly breeze blowing around their legs, but they were having a great time. 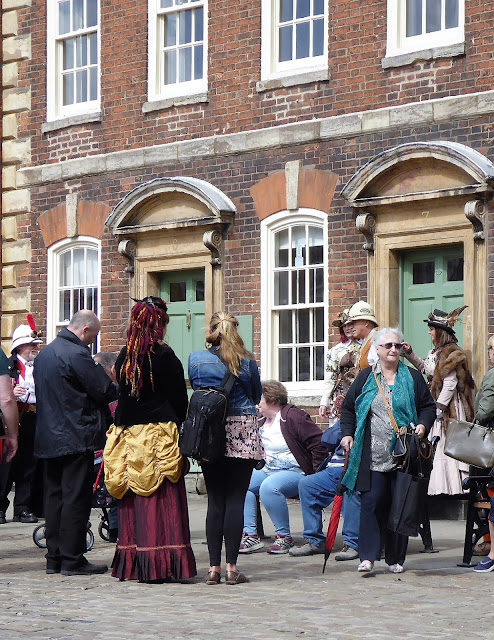 The top of the hill was a little busier and it was difficult to get a clear shot of costumes, but I liked the way this woman had done her hair to echo the colours of her dress and also the costumes which the other Steampunks were wearing, pith helmets, old furs, every one of them beautifully turned out and feeling fabulous. 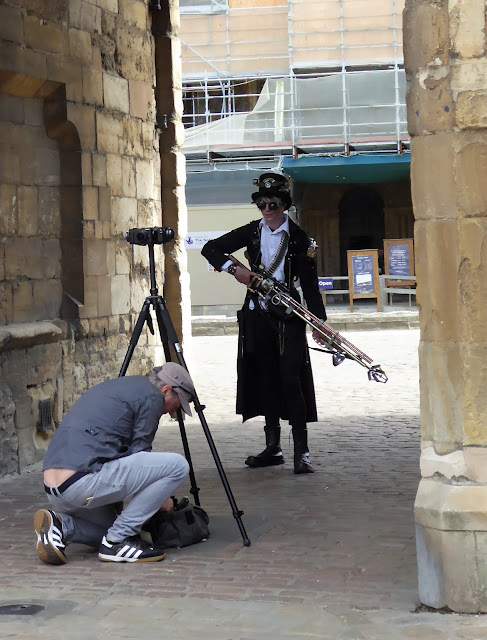 This woman was patiently posing for a serious photographer to get snapping. 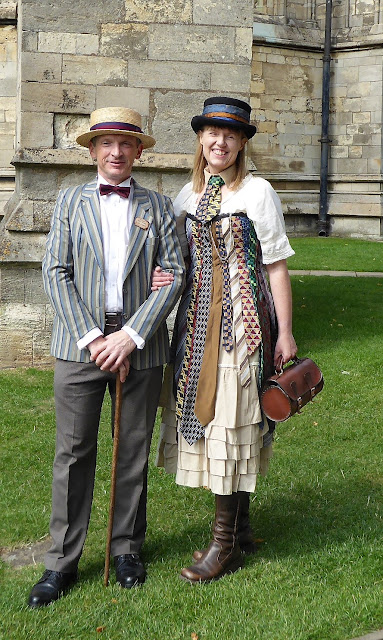 Quite different from most of the others were these two.    I loved her outfit, it was made from an assortment of old ties.       They had gone for a slightly different approach and they looked superb.   I asked whether they would mind me taking a photograph and they very happily put down their supermarket shopping bags and posed in front of the cathedral.

I have just read that there is one rule for Steampunk:  Be Nice to One Another.   They were all embracing that, the atmosphere was superb.
Posted by Elaine at 10:37