Village Life and a Village Death

Yesterday I attended another meeting at our tiny village hall.   It is a new group for the oldies and the new oldies, a new initiative by the local district council -  to show how much they care for country folk and the elderly.

I must extract my tongue from my cheek.

This is the same council which intends to make us pay for the street lighting in the village (eg they say the call-out fee would be about £700 to have someone change a light bulb... which could explain why we once had to wait almost two years for the only one near us to have the bulb changed) otherwise they will remove the poles and that will be that forever.

Of course this has stimulated much heated discussion within and without the village.  As ever there are those who want the lights left on, others don't see any benefit to themselves so are happy to opt out, while the rest simply don't care. 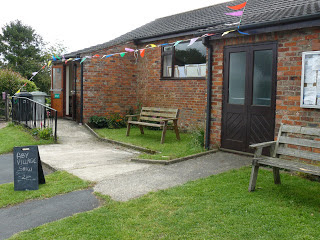 The jury is still out.   Either that or we just haven't been told of the final decision yet.

Anyway, they have some National Lottery funding burning a hole in their pocket and someone had the idea of opening up the village hall once a month so that the older folk (how strange it feels to be included in that group,  don't they realise that I am really only in my 20's?) can meet up and enjoy some social connection.

Yesterday's little gathering was attended by, perhaps, a dozen people.   Pretty good for such a tiny, and I do mean tiny, village.

We had cups of tea and slices of cake, lots of chat and discussion about how to proceed.    We will only meet once a month - funding can be found for the rent of the village hall and for expenses for someone to come in and give a talk, lesson, demonstration.   Doesn't sound too onerous, at the moment but that could change.

Although I notice it is the same ones as usual who have to set up the tables, make tea and then stack chairs, etc.   Nothing changes. 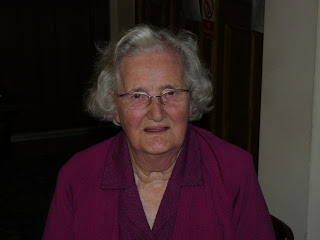 Miss Read, one of our village elders, a former school teacher, is going to get the ball rolling, which is nice of her.    Someone else wants to have an art class, another wants some plant advice from the more green-fingered among us,  and the idea of a meal at the pub was mooted too.    All pretty tame stuff.

But how about this? 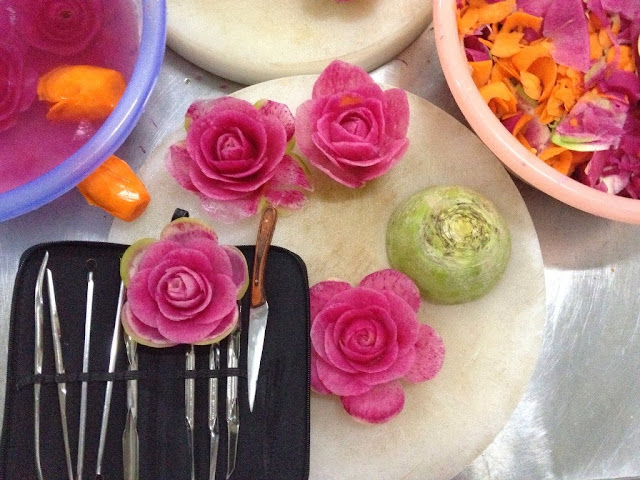 Poppy, how about giving us a demonstration of how you can make these wonderful garnishes, or perhaps you could show everyone how you serve tea, Chinese-style?   The special tea would be purchased through expenses.

I think something like that would be well received and greatly appreciated by everyone.   Have a think about it.   Your audience would be tiny but very appreciative of your skills.

The tea ceremony would be something completely different and they would love the beauty and formality of it.

Enough of all that though.

The village has lost another elder, one of the truly long-term residents.  His family have lived here for generations - the old village blacksmith. 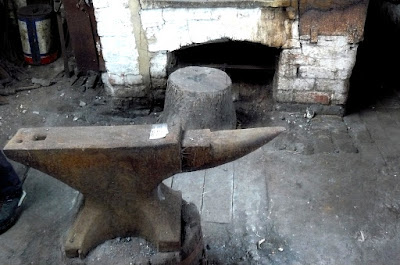 I posted about him on my old blog.  This was taken a few years ago when he had to give up working the forge due to ill health, so all the equipment was auctioned.  A sad day then and a sad day today.

The village signs acknowledge that we were once lucky enough to have a village blacksmith, so he won't be forgotten.
Posted by Elaine at 12:05