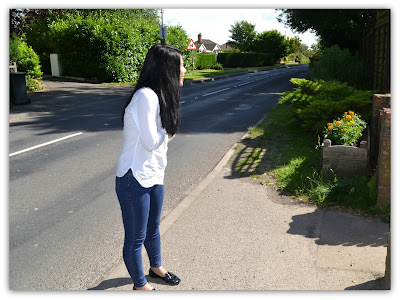 This is the moment Poppy got her first real sight of her new home.
She has seen lots of photographs and videos, but hadn't seen it properly until this morning. 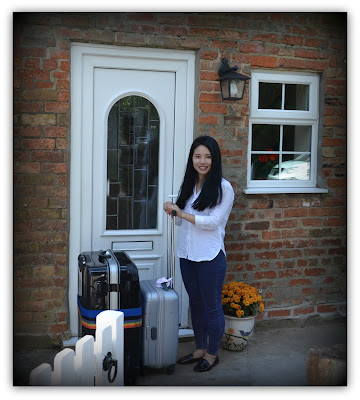 Simple logistics meant that Poppy and Miles travelled separately from The Netherlands.
One had all their baggage (4 large cases weighing in at almost 100 kgs)
and flew into our local airport,
while the other had charge of the cat.
Our local airport is too small to handle the arrival of animals
so he came into the country by ferry. 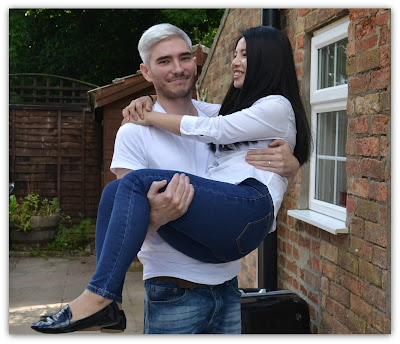 When Miles, and the friend who so kindly volunteered to drive him up from the port, were within twenty minutes drive of the cottage,
we took Poppy down there, to tease her a little, with just a view of the outside.
No peeping in the windows!

I wanted them to explore the house together. 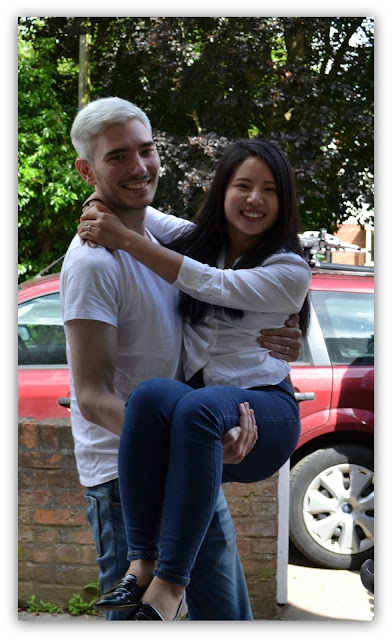 They have been married for two and a half years but this is the first home they have bought in England, so it seemed quite appropriate to go in for the gesture of carrying the bride over the threshold.

It made Poppy smile even more than she had been.

I'm glad to say that they both love what has been done to the cottage. 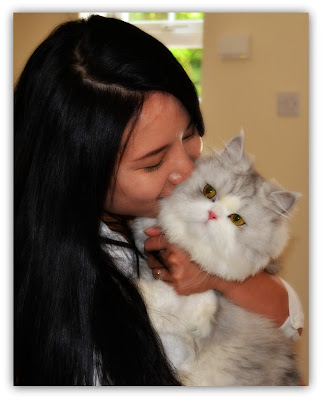 Boy seemed very relaxed after all his travels.   He explored the house, ate some chicken and found his litter box.  All was well in his new world. 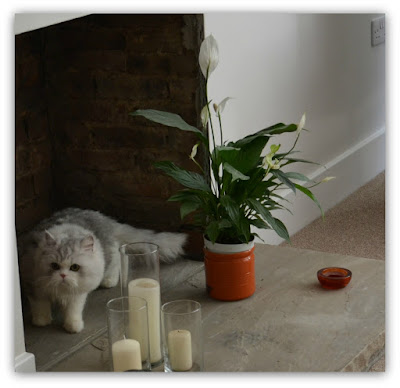 I am glad there is a temporary board blocking the chimney!


Half his fur was trimmed because the weather is so hot in Shanghai, normally he is twice this size, which makes him the size of a small lion.