I woke up feeling very jolly and Christmassy, in the mood for festive baking. 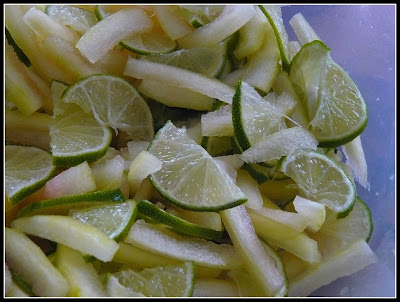 First on the list was a watermelon and lime marmalade.   I found the recipe on Jenny Eatwell's blog and was intrigued by it.   I thought it would make an unusual Christmas gift.    Now I love the sharpness of lime, but this marmalade is definitely too sharp for most people.

I'll enjoy eating this first batch - the rich food of Christmas will be nicely balanced by this exceptionally zingy, mouth-puckeringly sharp concotion, but the recipe for my next batch will definitely be tweaked a little.   I'll let you know how it goes, if it is successful then I'll post my version. 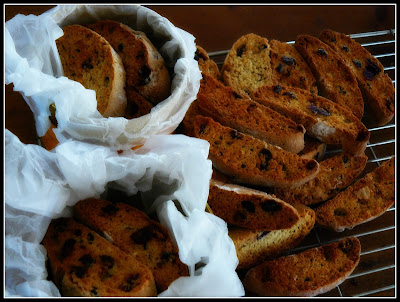 I also made a batch of cranberry and almond biscotti.   I've never made biscotti before - so I was thrilled at just how easy they are to make and how many you get from one batch of the mix. 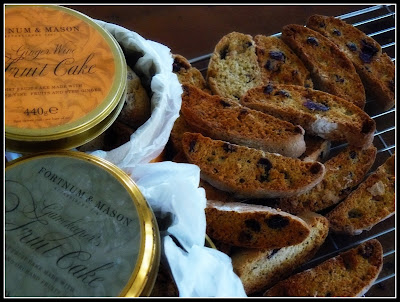 I made a couple of cherry cakes but forgot to photograph them.   By then my urge to bake and cook had completely dissipated, we just had a simple lunch of yogurt and fruit with walnuts.   Totally delicious.

Merry and Hector, two of our grandchildren, came over this afternoon.   They wanted to watch a Christmassy film, in our bedroom, with the Christmas tree lights on and the open fire lit... but it was far too mild for that.   They were quite happy when we put some very large candles in the fireplace and lit them, the candlelight twinkled nicely and gave them a similar effect. 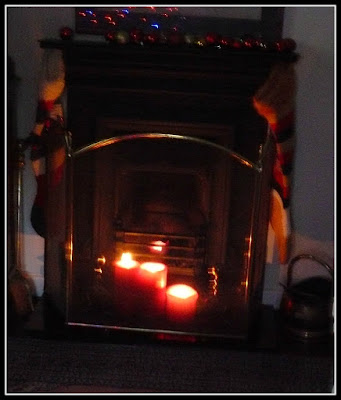 At first the two children were very happy to sit on the sofa with a faux fur throw over their laps, but they soon decided there was more fun to be had elsewhere.

So much more fun to get into Gran and Grandpa's big bed to watch television!     Even more fun to bounce around.

Hector has decided that when he grows up he is going to have a bedroom just like ours.

Poppy, the dark pillow case is one of the silk ones which you gave to us - Merry absolutely loved the way they felt on her face.   She definitely likes luxury, just like her Gran.

As I approached the village hall I could hear the sound of music.   No, not Julie Andrews & Christopher Plummer.   The sound of a ...