The Hound of the Baskervilles began baying at the sound of a knock on the Boot Room door, an unfamiliar man stood there, requesting that he be allowed to access Owl Wood.      Time for the annual egg check in the owl box. 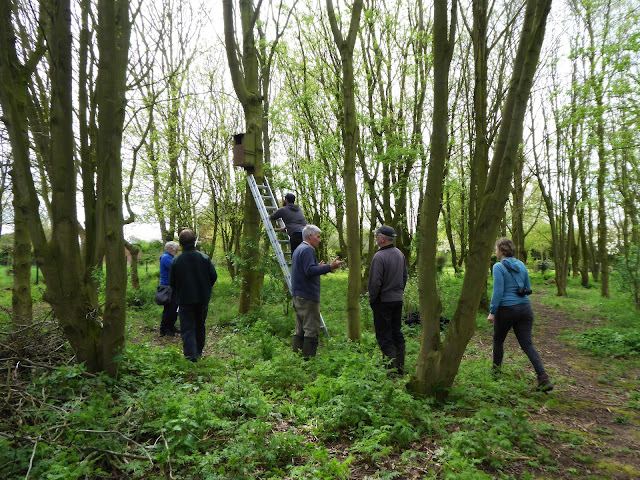 We let them through and the inspection began - we already knew what the answer would be - no owl eggs, Jackdaws in residence.

A lift of the hatch and a quick count revealed five Jackdaw eggs.       They were not surprised.   They have visited 15 other boxes today, only one has any Tawny Owls in residence.

A bad year for Tawny Owls they say.

We will clean the box out again in November, hope for the best.